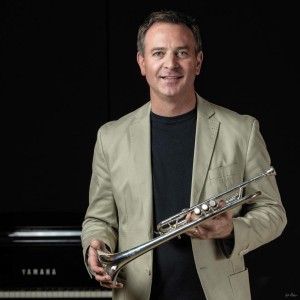 Please welcome this week’s Honesty Pill guest contributor: writer, cellist and practice coach Kate Kayaian. Check out her awesome article and practice challenge that you don’t want to miss at the end!

About Kate: Cellist, Practice Coach, and the writer behind the blog Tales From the Lane, Kate Kayaian has made it her mission to demystify the world of classical music careers for students and professionals alike. She is a regular contributor to the website Majoringinmusic.com and presents game-changing workshops on topics such as improving practice techniques, choosing the right college and creating a balanced and fulfilling career.  Today, she is here to talk about the idea of practicing with intention.

Thanks to Kate for contributing, and enjoy the post!

Understanding Intention–What You Need to Know Before You Practice

It’s always easy to practice a piece that is brand new to us.  Afterall, everything needs to be figured out–the notes, rhythm, dynamics, tempo, so it’s easy to dive in and get to work.  Likewise, when we have a performance looming in the (very!) near future, it’s easy to focus on and tackle the few spots that aren’t feeling 100% comfortable.

But what about those in-between times?  The weeks and months between the day you open up the music for the first time, and the day of your first performance. When your task at hand is to “make it better”.

I’ve heard from a lot of new coaching clients and colleagues that they sometimes find it hard to know what to do to continue to improve.  “Make it Better” is a little vague.  I mean, we all know what needs to be better, right? Intonation, phrasing, sound, breath control, all of the things. But how do we go about fixing “it all”?

Set an intention on one small thing at a time

What I find to be missing from a lot of people’s practice sessions (and what was definitely missing from mine when I was growing up) is the habit of setting a clear intention of what, and I mean exactly what, one is about to work on.

Yes…that specific!  How many times have you told yourself you were going to “work on” a particular passage, only to find yourself heading towards the final few bars of the piece a few minutes later? Oops! or mindlessly repeating a measure 25x.  How much better is the passage? You have no idea.  Maybe it’s a little better? Maybe not?

The measurement of success

There is a saying in the business world: “What gets measured, gets managed”, and it rings true for practicing as well.  Practicing with a clear intention allows you to measure your success in that small, clear way.  If your intention is to clean up intonation, and that’s what you work on for 30 minutes, you can tell at the end of your session if you’re playing more in tune.

Setting an intention keeps you focused, and it gives you clear, tangible evidence of improvement.  Did you manage to get the passage up to q=104? Great!  that’s a clear improvement from yesterday when you couldn’t play it at 96.  If you were only able to get it to 100, then you know where to start next time.  And you can still walk away knowing that you made some improvement in the speed.

You can have some fun with them

There are days when I’m just not feeling it. Maybe it’s the day after a big performance and I want to give myself a little break.  On those days, I’ll pull out a new-to-me piece that I have been wanting to take a look at, and my intention will be “I’m going to try to play through this piece from beginning to end and see how well I can read it”.  Or I might take an old piece that is not currently on my performance repertoire list and my intention will be “I am going to play through this piece and really listen into my sound production”.  While there is no immediate pressure to improve anything, you can still staying focused and still managing to get something positive out of the practice session.

It shakes up your practice routine

Every intention I set makes my practicing feel completely different, so I never get bored practicing the same pieces month after month.  One day, my intention will be set around my vibrato, so I’m thinking a lot about how the phrase direction calls for different speeds and ranges of motion in my vibrato.  The next day, I might set my intention around bow angles, so my focus in on my right hand now, instead of my left.  It almost feels like a different piece. By switching up my intentions each day, I’m seeing the piece from every different perspective, leaving no stone unturned.

It saves you a ton of time

Without Intention, you’re wasting a lot of time in the practice room.  Time spent mindlessly playing through a whole piece (badly).  Time spent repeating a passage without even stopping to figure out what needs adjustment, and time spent wondering where the last few hours went, and whether they made any difference.

I can guarantee that when you start adding in this tool, you’ll be blown away by the results.  Your practicing will feel more efficient, more focused, and more productive.  You’ll start out knowing exactly what you want to get done, and you’ll pack up feeling more accomplished and further ahead than before.

We all know that practicing is a never-ending pursuit.  There is no such thing as “perfect” nor is there such a thing as “done”.  It is both the source of a musician’s pain and the whole reason we fell in love with music in the first place.  The quest for beauty, expression and the physical rush of that perfectly executed passage keeps us going day after day.  Use intentions to keep your work focused and measurable and you’ll soon find that your results are more successful.

Action Item: At the start of your next practice session, choose a passage that has been giving you some trouble, and make a quick video of you playing it. Decide what progress you would like to make on it that day and then set a clear, doable intention.  At the end of your session, make another video of the same passage, and take note of your progress.  You can also take note of something else in the passage you would like to work on and make that your next intention.

Praised for her “transcendent” performances and her “rich, soulful…and comforting” tone (Bermuda’s Royal Gazette), cellist Kate Kayaian engages with audiences through her unexpected programming and her  lively commentary and introductions to works. Her curatorial focus brings to life the common threads linking a seemingly disparate group of pieces. Highlights of this past season include performances in Boston’s Jordan Hall, the Stroum Center in Seattle, WA, the Memorial Classics Concert Series in Houston, TX, and the Charleston Library Society.

Kate performs and records regularly with the Grammy-nominated group Boston Modern Orchestra Project. She has premiered over 100 works by some of today’s most innovative composers and has worked with such icons of contemporary music as Oliver Knussen and Pierre Boulez. She is currently working on her latest project–commissioning and recording a set of new works for solo cello.

In addition to her recital and chamber music appearances, she has performed as a soloist with the New Trier Symphony, The New World Symphony, the Boston Youth Symphony, and the Bermuda Philharmonic Orchestra.

An active teaching artist and coach, Kate regularly offers workshops and master classes. Her teaching credits include directing the chamber music programs at the Boston University Tanglewood Institute and the Boston Youth Symphony Orchestras. She currently teaches cello and chamber music at the Bermuda School of Music, and is the writer of Tales From the Lane, a lifestyle blog for classical musicians.

Born in Evanston, IL, she began her studies at the Music Institute of Chicago with the esteemed pedagogues Gilda Barston and Nell Novak.  She went on to receive her B.M. from the New England Conservatory. She was awarded a fellowship with the New World Symphony where she often served as principal cellist.  Her teachers have included Colin Carr, Gary Hoffman, and Ralph Kirshbaum.

How Do You Find the Motivation to Practice?

Confession time––I have had a really hard time getting motivated to practice during this insane year.  I mean, how many hours of

Generalism is “out”. Online, everything is specific.

Generalism is “out”. Online, everything is specific. Go granular! In an online universe, you have to be really, really specific about what you

Why Does Branding Matter?

What does Honesty Pill Coaching have in common with the Lardon Bacon Truck? And why does branding matter?  Let’s find out… Let’s say you